At Home and Abroad

Dr. Stockton’s service as ASD also laid the foundations for his ongoing work to strengthen international collaboration with key US security partners. As Acting US co-chair of the US-Canada Permanent Joint Board of Defense, Dr. Stockton helped reshape the focus of binational cooperation on emerging threats.

For decades, Dr. Stockton has deepened security partnerships with US allies around the globe. Prior to becoming ASD, he founded and led the Naval Postgraduate School’s Center for Civil-Military Relations, which helps nations in Africa, Eastern Europe, and other regions strengthen democratic control over their armed forces. As ASD, he led the creation of the US-Mexico Defense Bilateral Working Group and served as the Acting U.S. Co-Chair of the Canada-U.S. Permanent Joint Board of Defense (the premier organization for defense policy coordination between the two nations). He currently collaborates on cyber resilience with experts in Israel, the United Kingdom, and other US security partners.

From 2013 until 2021, Dr. Stockton served as Managing Director of Sonecon LLC, a strategic advisory firm in Washington, DC. Prior to becoming ASD, he was a Senior Research Scholar at Stanford’s Center for International Security and Cooperation. He also led the Naval Postgraduate School’s Center for Homeland Defense and Security, the nation’s premier graduate education program in the field, and was NPS’ Associate Provost for Institutional Development. Dr. Stockton previously served as Research Associate for the International Institute for Strategic Studies and as Legislative Assistant for defense, foreign relations and intelligence for Senator Daniel Patrick Moynihan – a truly wonderful mentor and public servant.

Department of the Navy Medal for Superior Civilian Service, 2006 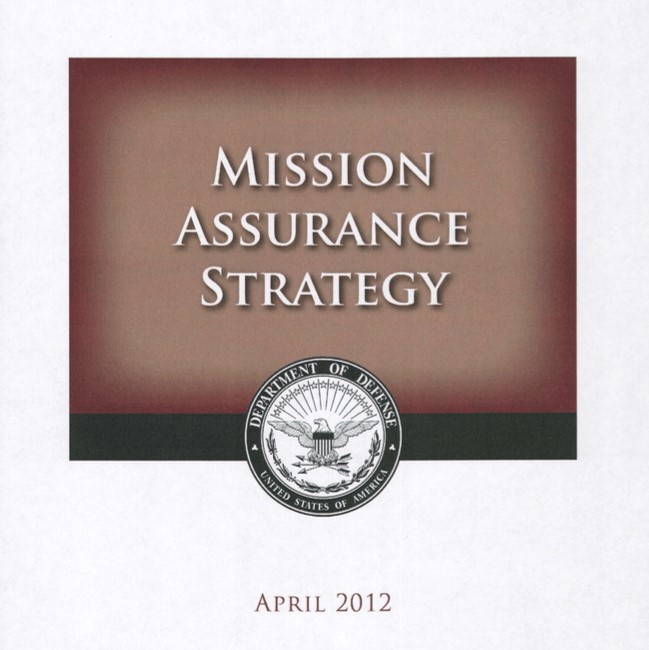 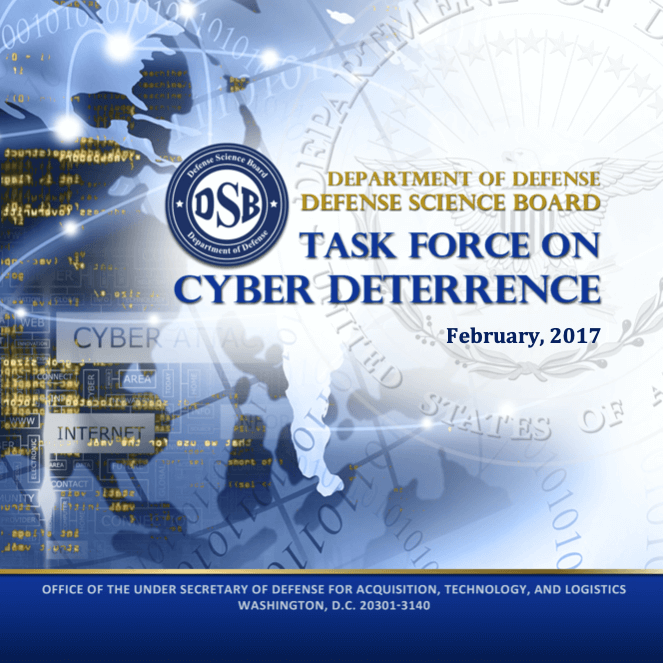 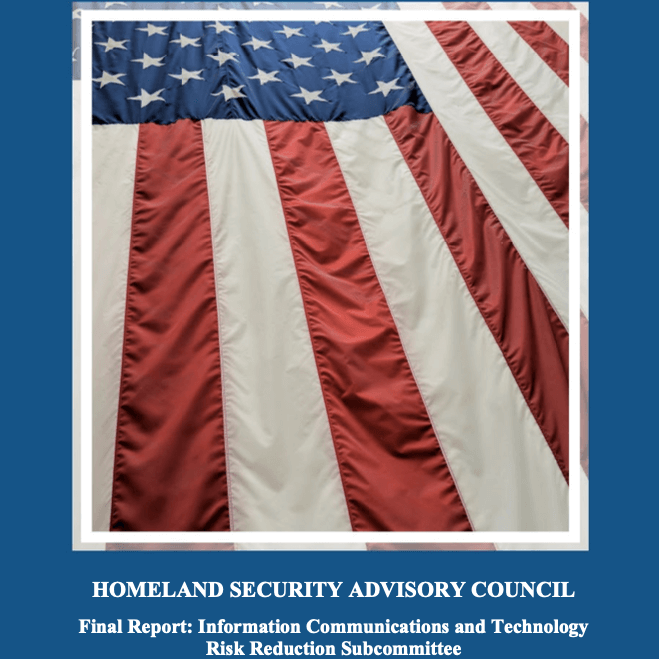 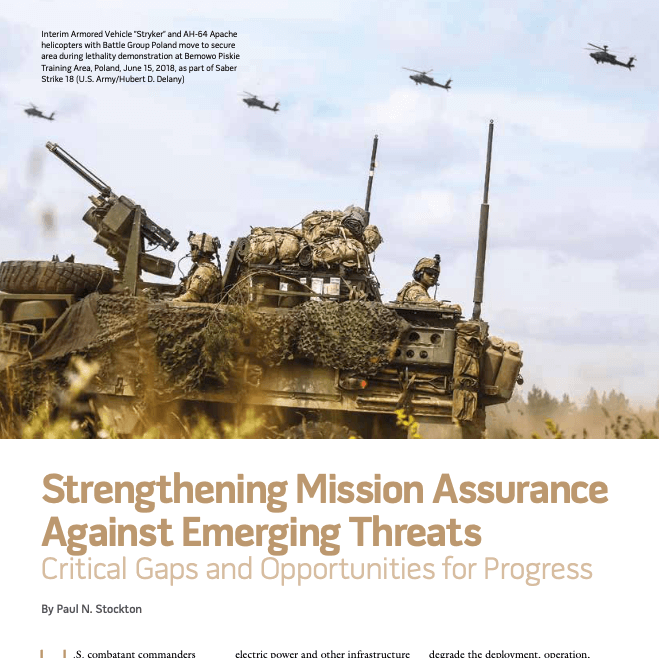 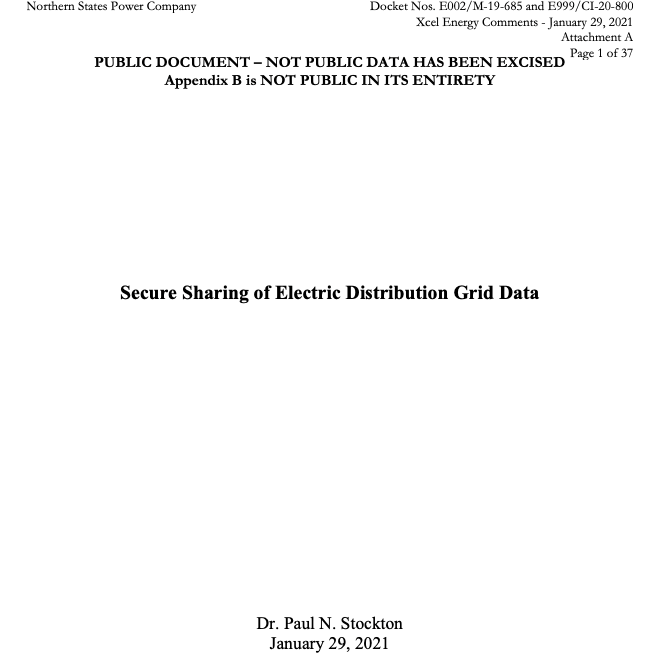 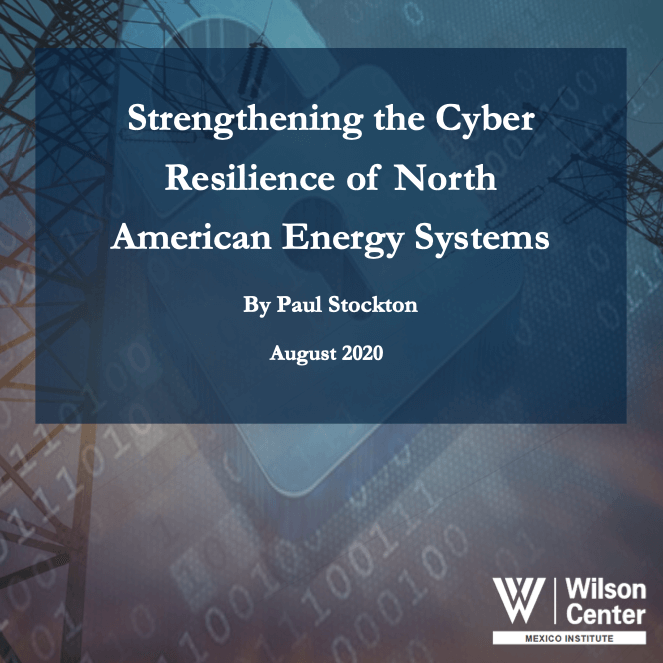 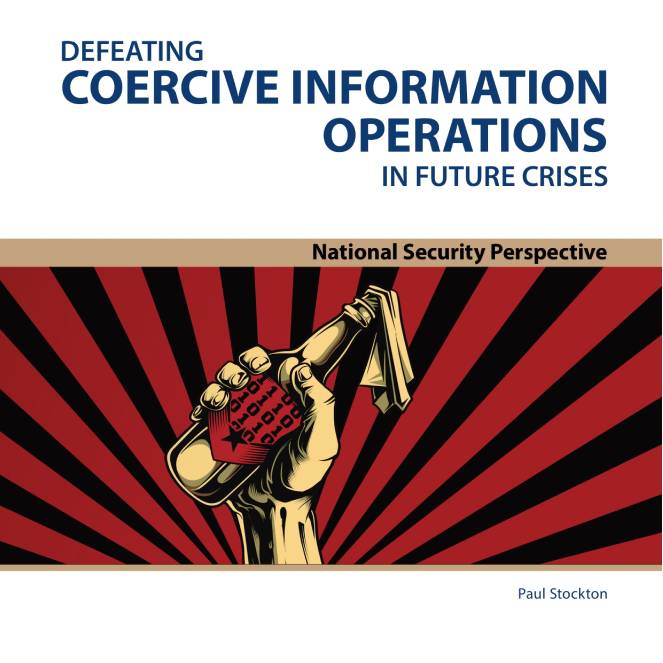 Defeating Coercive Information Operations in Future Crises.
back to top